If the sale of a prized swath of Northwest Montana forestland to an out-of-state investment firm was cause for consternation earlier this year, then a new proposal to conserve much of that land for public access, wildlife habitat and sustainable timber management ought to be cause for celebration.

That’s the consensus of federal and state land and wildlife resource managers leading the effort to place 100,000 acres of prime hunting and timberland into conservation easements, protecting parcels in Flathead and Lincoln counties from private development in perpetuity while also ensuring continued access for hunters, anglers, hikers, skiers, berry-pickers, and other recreational users, as well as allowing the property to be sustainably managed for timber production.

The proposed project lands form a sprawling checkerboard of ownership flanking the U.S. Fish and Wildlife Service’s (FWS) Lost Trail National Wildlife Refuge near Marion. The lion’s share of the project area was recently purchased by Georgia-based Southern Pine Plantations (SPP), a real estate and timberland investment firm that paid $145 million in cash to the previous owner, Weyerhaeuser Co., in exchange for 630,000 acres, touching off rampant speculation among public land users in the region about whether the new guard might chop up the parcels and sell them for private development, supplanting trophy bucks and bulls with gated trophy homes.

The newly proposed Lost Trail Conservation Area would authorize the federal FWS to work with willing sellers like SPP, as well as smaller private owners, to acquire conservation easements on up to 100,000 acres within the defined 116,000-acre conservation area boundary… read more

The Going-to-the-Sun Road in Glacier National Park will open to motorized vehicles from the west entrance to Logan Pass and as far as Rising Sun on Monday, July 13, pending any last-minute changes due to weather, the park said late Thursday in a press release.

The east entrance at St. Mary remains closed, due to the Blackfeet Tribal Business Council’s resolution restricting non-essential travel on the reservation because of the COVID-19 pandemic. Visitors will need to enter and exit Going-to-the-Sun Road via the west entrance. Traffic will be allowed as far as Rising Sun on the east side.

This week, the park resumed collecting fees at the gate, and park officials encourage visitors to allow for extra time in case of long lines.

There will be sporadic work zones on Going-to-the-Sun Road with traffic control and flaggers, the press release noted, including on-going spillway work along Lake McDonald, guard wall repair near Triple Arches, and seepage repair at Siyeh Bend.

Services at Logan Pass will include restroom facilities and potable water. Visitor information services will be provided outside of the Logan Pass Visitor Center from 9 a.m. to 4 p.m. daily… read more

5Picture(s)
0.37Acre
Beautiful homesite in Mountain Watch ready for your plans. Over a third of an acre on the edge of Mountain Watch which is an ideal location for Meadow Lake Resort, Whitefish, Columbia Falls or Glacier National Park. Potential views and all services are too the lot including Community Water and sewer and fiber optics to lot. Beautiful community with sidewalks and mature trees.
$149,000

6.56 Acre Parcel between Whitefish and Kalispell

14Picture(s)
6.56Acre
Light industrial zoning in a great location between Whitefish and Kalispell! This 6.
$885,000

8Picture(s)
0.29Acre
Capturing the highest points at Meadow Lake Resort, Mountain Watch offers spectacular views plus the emerald green of Meadow Lake's golf course. Mountain Watch provides you with both serenity and natural beauty of Montana plus resort style living at its finest. This lot features .29 acres with views of Bad Rock Canyon, and Swan Range.
$190,000

3Bedroom(s)
2Bathroom(s)
73Picture(s)
4,332Sqft
RARE FIND! Take in all Whitefish Lake has to offer with this quintessential Montana log home retreat with over 400' of lake frontage all on four acres! Enjoy the serenity of the lake by the fire pit area or from the back porch & outdoor kitchen area. Excellent fishing location just off the back steps of this 3bed, 2.5 bath house with separate guest home built in 2004 with additional 900+ sq. ft.
$11,500,000

Easy Living On Over An Acre in Columbia Falls

3Bedroom(s)
4Bathroom(s)
64Picture(s)
3,543Sqft
Gorgeous home 3 bedroom with a dedicated office and 4 bath. Easy living on over an acre with the views and serenity of the golf course out your back door. Quiet dead end street surrounded by mature timber creates a country feel but within minutes to Columbia Falls Downtown. Upgraded finishes include granite, stone, fireplace, paved driveway, A/C and new windows. Nightly/weekend rentals O.K.
$849,000 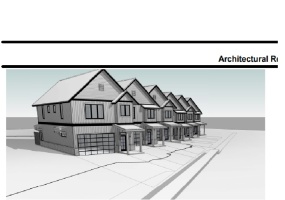 Last week, we looked at median square foot list prices of Flathead County single-family residences (by listing month), over the past five years. This week, let’s drill into the data for Kalispell – reader request – to include activity through June 30 this year. This will include homes listed for prices between $200,000 and $599,999… learn more 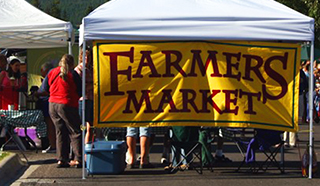