Let Nikki help you with the next adventure in your life, whether it’s finding a home on the golf course or selling your cabin in the woods. Call Nikki at 406.212.8507.

Join Chef Eduardo Garcia on a culinary adventure through Montana. Click the arrow to watch. 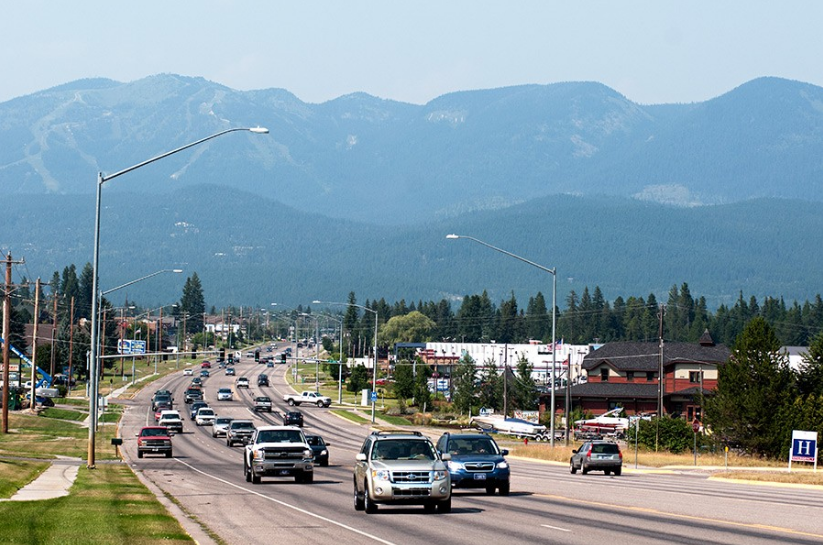 Members of Whitefish’s business community and local property owners are voicing concern over Flathead County’s plan to invite so-called “commercial sprawl” along the city’s south entrance, and have unified in an effort to curb “eyesore” development at its southern gates.

City officials held a public hearing at the Dec. 5 Whitefish City Council meeting to gather public input on a request to amend county zoning and allow future commercial development on 490 acres of land south of the intersection at U.S. Highway 93 and Montana Highway 40.

The land, which is within the jurisdiction of Flathead County, is currently zoned agricultural. Developers of the plan say the area is suited for a wider array of commercial uses and the zoning changes would make it congruent with the southern commercial section of Whitefish.

While such a zoning change could pave the way to allow offices, light manufacturing, and other retail opportunities at Whitefish’s southern doorstep, it might also elevate a level of commercial garishness that the community has long worked to stave off, critics say.

The majority of the concern expressed last week centered on the potential for the southern corridor to bristle with “commercial sprawl,” a concept that critics say conflicts with the city’s growth plan, and which rankles downtown business owners and community members worried that such a deviation would detract from the appeal of a city center characterized by small, local shops.

Meanwhile, business owners purchased just outside of the city’s limits complained they’ve been mired in a zoning limbo that has devalued their properties, hampered their growth and left them grappling with an uncertain future.

The debate underscores an ongoing dispute over Whitefish’s “doughnut” zone, a two-mile belt girding the city’s outer edge that the county now controls.

Although parts of the county’s proposed plan would align with Whitefish’s design and infrastructure standards, the overall proposal could conflict with the city’s vision, which has previously opposed significant development in the southern entrance.

Rhonda Fitzgerald, the owner of the Garden Wall Inn in downtown Whitefish who also serves on the University of Montana’s Institute of Tourism and Recreation Research committee, said the potential for unchecked southern growth could undermine Whitefish’s streak of individualism and create an unsightly business district anathema to the quaint corridor’s aesthetic.

“The further south we go with this cancer, the more problems we will have down the line,” she said of the zoning change.

Whitefish City Councilors Andy Feury and Jen Frandsen both raised concerns about the potential for infrastructural development along the southern corridor that would slow commuting times for workers who travel between Whitefish and Kalispell, while councilor Richard Hildner asked simply for the county to consider the city’s input.

“I hope we can extend an olive branch, and extend it in a way that the city and the county can work together and make the olives grow,” Hildner said.

Dave DeGrandpre of Land Solutions LLC is scheduled to present a draft plan before the Flathead County Planning Board Jan. 11. The plan seeks to change the zoning for a section of land along U.S. Highway 93 stretching one-and-a-half miles south of Highway 40. The land, which is within the jurisdiction of Flathead County, is currently zoned agricultural.

Developers of the plan say the area is suited for a wider array of commercial uses and the zoning changes would make it congruent with the southern commercial section of Whitefish.

Whitefish Planning Director David Taylor is preparing a letter that captures Whitefish residents’ concerns about the plan for county officials to consider. 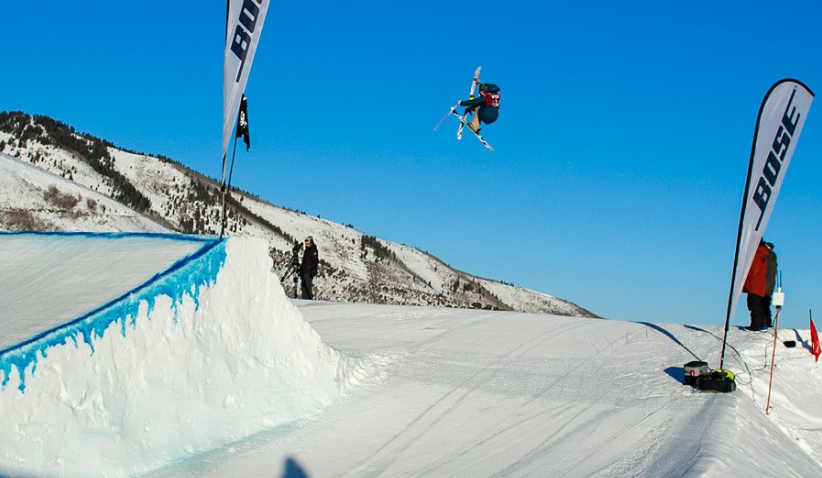 Maggie Voisin is off to a shiny start this ski season.

The 17-year-old freestyle skier from Whitefish earned a silver medal on the second day of the Dew Tour at Breckenridge, Colorado.

A day after placing third in the slopestyle jumps competition, Voisin won the jib contest on Saturday with an impressive run that boosted her overall two-day score to 153.32. Her final tally secured her a second-place finish in the overall contest.

“So grateful to finish in 2nd place @dewtour,” she posted on Instagram afterward. “Its an honor to share the podium with these two talented ladies! … Also shoutout to all the girls who skied the last few days with the tough weather. You all make this sport so special and way too fun!”

The Flathead Valley was well represented at the Dew Tour event, which featured many of the best skiers and snowboarders in the world. Along with Voisin, Adam Delorme was the men’s team captain for Faction and Tanner Hall was the team captain of Armada in the ski team challenge.

The Dew Tour competition marked the beginning of the competition season. Voisin, who earned a spot on the 2014 Olympic team, is back as one of the stars of the sport. She has a busy winter ahead of her. She was invited to compete in the X Games at the end of January. Last year she placed fourth in the slopestyle competition and in 2014 she earned a silver medal.

January 7, 6-9PM at Moose Lodge
Dinner and a roast of Whitefish and the world. Duchess of Lark and Prime Minister announced. Adults only. Button required.
Click here for more information.

Coronation of King Ullr LVI
and Queen of the Snows

Charting the last five years of the relationship between new listings and sales on a monthly basis
BY JIM KELLEY / DEC 7, 2016 / FLATHEAD BEACON 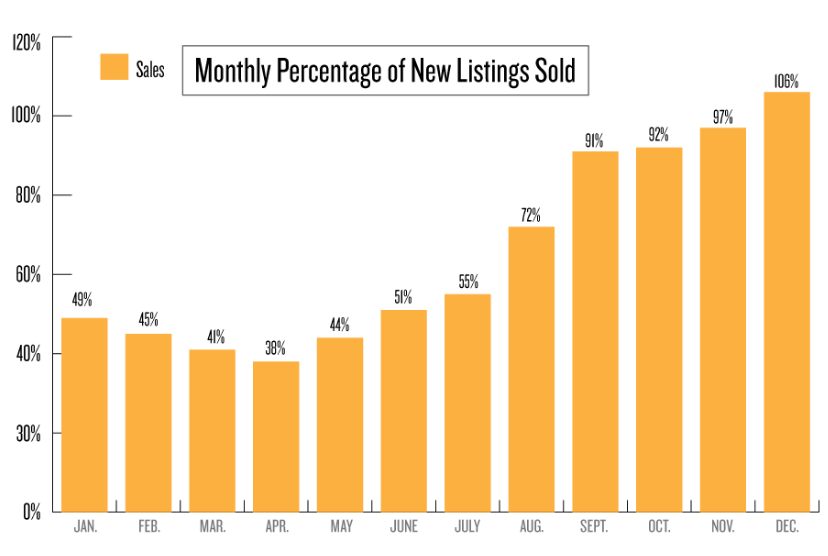 Most people are of the opinion that the best time to market residential properties is in the spring and summer. This chart shows the last five years of the relationship between new listings and sales on a monthly basis. Over the last five years there have been 13,040 new residential listings in Flathead County and 7,606 sales, which represents 58.3 percent of the new listings are sold. Over that same five-year period the numbers show that between 38.2 percent and 48.9 percent of new listing sell in the first five months. In June the percentage of sales starts to increase, then the largest percentage sell in December.

What these numbers suggest is that the best time to have your home on the market is during the fall when many listings are expiring. If you really want to sell, then plan to put up with the hassle of having it on the market during the holiday season. 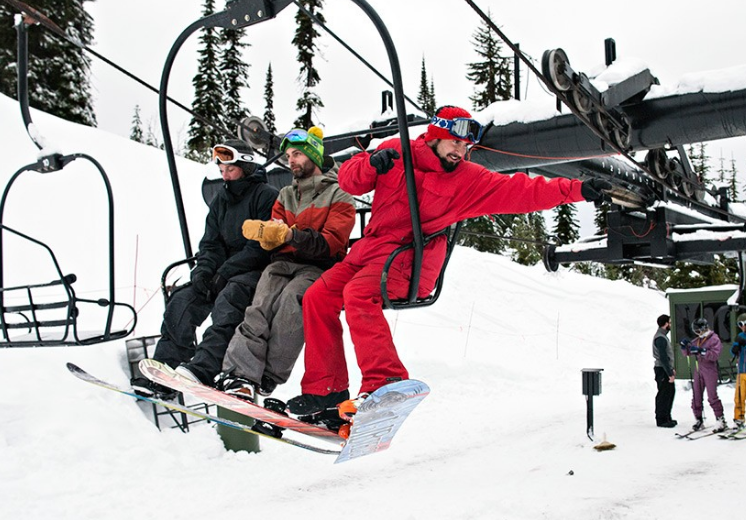 LESSONS
Learn to ski or snowboard. Click here for information about lessons and ticket packages.

You can always call for information too.
877-SKI-FISH
or visit their website:
www.skiwhitefish.com